We left off on June 24th, 1863 – just as the 1st Potomac Home Brigade Infantry was ordered to march from Baltimore to Frederick as part of Lockwood’s Independent Brigade. They set out the following afternoon, heading westward along the Frederick Pike towards the Army of the Potomac and the unknown (1). For many of the men they would also be marching towards their homes and families. Over half of the regiment hailed from Frederick and Washington Counties, both of which had laid directly in the path of the advancing armies.

The advance portion of Lockwood’s Brigade, consisting of the 1st PHB Infantry and the 150th NY Infantry, reached Ellicott’s Mills that evening, then Poplar Springs by the night of the 26th. They finally reached their objective at Monocacy Junction on the 27th after a march of some 50 miles in two days (2). The exhausted men spent the 28th resting at the junction before setting northward once again on the 29th. As they continued on they marched through Frederick as they went. For some it would be the last time they saw their hometown. The regiments remained in Frederick until the That night they encamped north of town on Boyd’s Lot (a location I haven’t been able to pin down, so if anyone out there knows!). On June 30th they took up the march again, heading northeast on the Woodsboro Pike (modern Rt. 194). The weather turned bad that day, slowing their march:

The rain fell in torrents, the thunder rolled, the lightning flashed, but the men trudged on through the mud, passing Woodsboro and reaching Bruceville late in the evening (3).

The regiment began the month of July at Bruceville, a small hamlet along Big Pipe Creek in western Carroll County (near modern Keymar, MD). That day they marched through Taneytown and across the Mason-Dixon Line into Pennsylvania. As they neared Two Taverns, PA the men could hear the sounds of battle raging just a few miles to the west in Gettysburg. They were soon met with the sights of the battle as well, as wounded soldiers and other refugees streamed past them (4). The men of the 1st PHB Infantry no doubt knew that it wouldn’t be long before it was their turn to enter the fray.

At 2:30 AM on July 2nd the orders arrived for Lockwood’s brigade to advance to Gettysburg. The men of the 1st PHB Infantry and 150th NY covered the 4 or so miles and arrived at Culp’s Hill. Lockwood reported to Maj. General Henry Slocum, commanding the XII Corps of the Army of the Potomac, at approximately 8:00 AM. When tthe 1st PHB Infantry arrived it was (as far as I can tell) the largest single Union regiment on the field, with nearly 700 men and officers in the ranks.

General Slocum, who would have direct command of Lockwood’s Brigade during the Battle of Gettysburg.

Before his Brigade could join in the action there was one small matter for General Lockwood to deal with. He held seniority over General Thomas Ruger, then commanding Slocum’s First Division. Rather than force Lockwood to serve under a less senior officer Slocum ordered that Lockwood bypass Ruger and answer directly to him. With issues of military precedence settled Lockwood’s Marylanders and New Yorkers were ordered to the right of Slocum’s line, taking up positions near McAllister’s Mill (5). 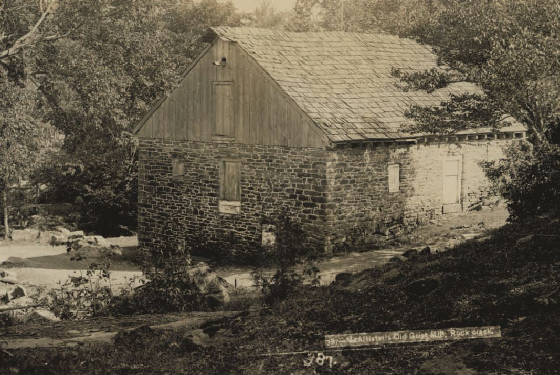 Lockwood and the 1st PHB Infantry on July 2nd, 1863. The vicinity of McAllister’s Mill is in the swampy lowland along Rock Creek. (Library of Congress)

The Marylanders remained in this position for most of the day, far removed from the fierce fighting occurring along other portions of the line. Late in the afternoon, however, the situation along the Union left had deteriorated to the point that reinforcements were desperately needed to stabilize the line. The III Corps under Daniel Sickles had been badly mauled, as had elements of the II and V Corps, leaving Cemetery Ridge dangerously exposed. Slocum led Ruger’s Division and Lockwood’s Brigade to the threatened position with all haste, arriving just in time to see the advancing Confederates capture a battery of guns to his front. The unlucky battery proved to be the 9th Massachusetts Battery, commanded by 22 year old Captain John Bigelow. For a half an hour they resisted the oncoming Confederates with no infantry support, exhausting their shot and taking heavy casualties in an attempt to buy time for the infantry to come up. As Slocums column arrived he ordered the 1st PHB Infantry into line with orders to advance into the woods to their front and recover the guns. The Marylanders formed up into a battle line with the 150th New York behind them and advanced at the double quick. Slocum later reported that the Home Brigaders advanced “in gallant style, pushing a considerable distance to the front” (6). As they advanced they fell under “the most terrific firing of shells and musketry” as the rebels to their front fell back. Lockwood’s men recovered three of Bigelow’s captured guns and a detachment of the 150th New York dragged them back to the Union lines by hand (7). As darkness fell on the field the 1st PHB Infantry ended their advance just shy of the infamous Peach Orchard. One later account of the evening’s action claimed that upon “Reaching the line originally held by the Third Corps, the men if the First Potomac Home Brigade raised a shout of triumph which rang through the valley and over the hills, and it was with the utmost difficulty they could be restrained from following the enemy farther” (8).

Position of Lockwood’s men on the evening of July 2nd, just shy of the Peach Orchard (Library of Congress)

By the time the 1st PHB Infantry reached this advanced position the exhausted Confederate attack had already largely broken. Still, General Slocum felt that their advance played an important role in the battle. In his report he lamented that the role of the XII Corps in shoring up the Union left was ignored, and he mentioned the Home Brigade in particular:

These facts having been fully reported, I am at a loss to comprehend (when all other corps sending supports to the left are especially named) why the Twelfth Corps should be not only not named, but deprived of the small credit of Lockwood’s Maryland brigade for the benefit of the First Corps (9)

Despite the heavy fire they encountered the Marylanders didn’t take heavy casualties. It was a relatively bloodless start to their Gettysburg experience, but it no doubt helped to bring up morale and prepare the men for what was to come the following morning…